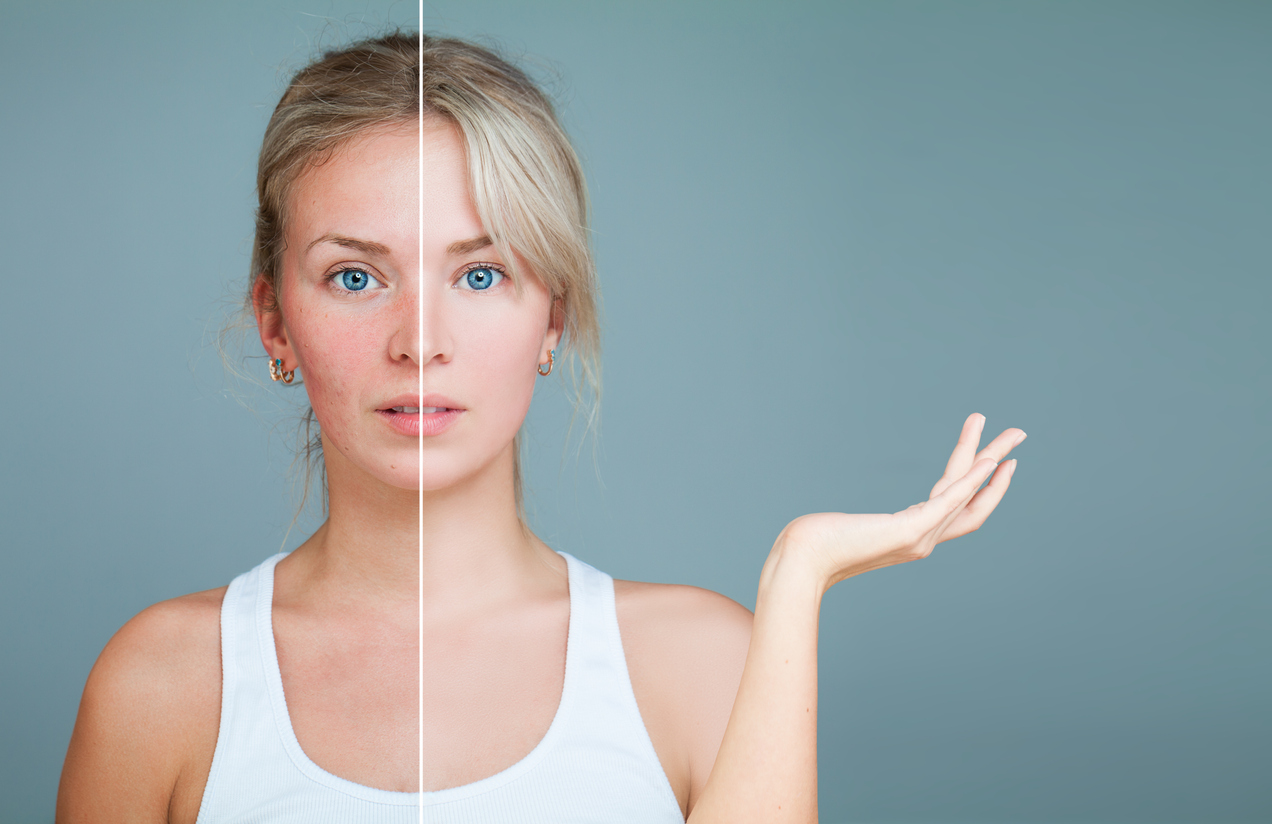 Can a hydradermabrasion treatment like the HydraFacial help reduce the appearance of rosacea?

If you struggle with rosacea, you can at least know that you are in good company. One of the most famous women of our time, Princess Diana, had this relatively common skin condition. It is believed that she may have passed it on to her sons, Prince William and Prince Harry, as heredity is considered one of the causes of rosacea. Other recognizable faces that sometimes show their own rosacea include actresses Cameron Diaz and Renee Zellweger, as well as former President Bill Clinton.

Anyone can develop rosacea, which makes it appear as if someone is constantly blushing or there may be acne-like red bumps that appear on the face. However, future kings and former Presidents aside, rosacea most often affects women who are middle-aged and who have lighter skin.

You may have rosacea and not realize it. Many people mistake it for some other type of skin issue, especially since it may appear for a period of time, a few weeks or months, and then disappear. Often, because it can so closely resemble acne, the individual simply assumes that’s what it is.

The redness associated with rosacea typically appears on areas of the face, like the nose, cheeks, forehead and chin. Sometimes, though, it can be seen higher on the head, including the ears, or it may run down the neck. It has also been found on the chest.

Symptoms of rosacea vary with the degree of severity and how long the individual has had the condition. Some of the most common symptoms include:

As the condition progresses, other symptoms may include thickening of the skin, a swollen, bulbous nose and pain, swelling and redness in the eyes that can affect how well the individual is able to see.

The exact cause of rosacea is currently not known. We do know that it tends to run in families and is most often found in women over 30 who are fair-skinned. The odds go even higher for women who have blonde hair, blue eyes and are smokers.

While the cause it not known, there are a number of factors that are believed to be triggers. Some of the most common ones associated with flare-ups of rosacea are:

There is no cure for rosacea at this time, but there are treatment methods that can reduce the appearance of the condition. One of these methods is the increasingly popular HydraFacial. The HydraFacial is a type of hydradermabrasion that eliminates the discomfort of traditional dermabrasion treatments. Plus, it combines cleansing, exfoliation and extraction with hydration and antioxidant protection.

Besides rosacea, the HydraFacial also targets wrinkles, fine lines, sun-damaged areas, blemishes, blocked pores and dry skin areas. Not only is the skin clearer following the treatment, the client will typically enjoy what is often described as a light massage and experience no downtime.

Dr. Brian D. Cohen is a Board Certified Plastic Surgeon with extensive training in cosmetic/reconstructive plastic surgery and has had years of experience performing a wide array of cosmetic surgery procedures, specializing in procedures of the face, eyes, nose, breast and body and is known for his exemplary and compassionate care by his patients. Knowing that Dr. Cohen has been selected by his peers in Super Doctors for 8 years in a row in 2020  gives you the confidence that he is highly respected for his performance in his specialty. Information on locations and office hours for Cohen Plastic Surgery can be found by clicking here.